Question 1.
Choose the correct alternative answer for the following questions.

Question 2.
Some points are shown in the adjoining figure. With the help of it answer the following questions : 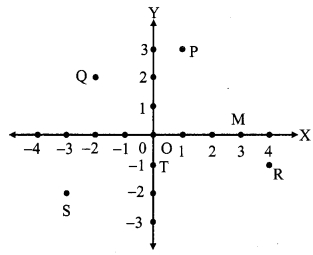 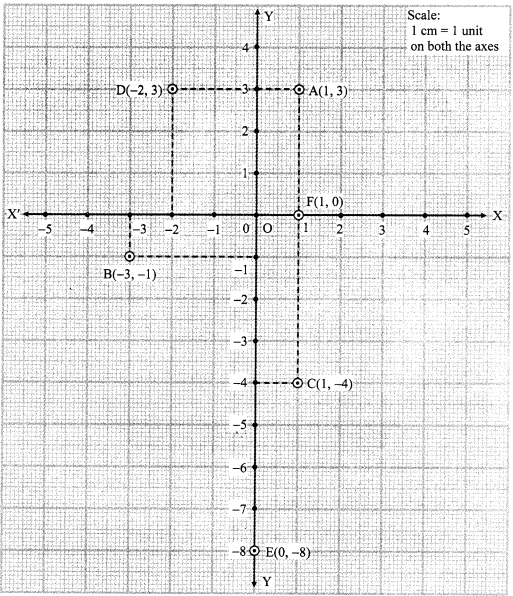 Question 5.
In the graph alongside, line LM is parallel to the Y-axis. 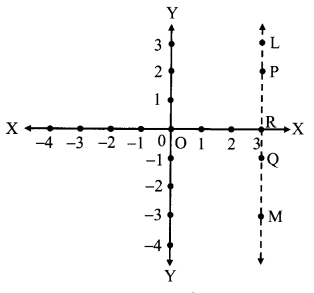 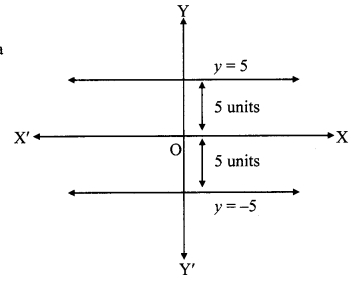 Question 1.
As shown in the adjoining figure, ask girls to sit in lines so as to form the X-axis and Y-axis.
i. Ask some boys to sit at the positions marked by the coloured dots in the four quadrants.
i. Now, call the students turn by turn using the initial letter of each student’s name. As his or her initial is called, the student stands and gives his or her own co-ordinates. For example Rajendra (2, 2) and Kirti (-1, 0)
iii. Even as they have fun during this field activity, the students will leam how to state the position of a point in a plane. (Textbook pg. no. 92) 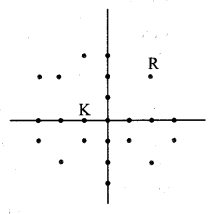